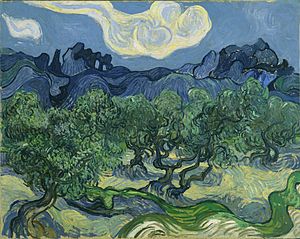 Open a way through sorrow

and give us secret gifts

in aching places where life is hard.

soothe our pain with fragrant oil

with the medicine of hope.

lay hands serene upon us,

and gives us peace.

The first time I saw poverty, I was 19 years old. I’d been sent by my religious order to Mexico City to teach English to the daughters of the wealthy at a private school run by my community. We had several cleaners, local women, who attended to the school building and the teachers’ residence. They appeared at the gate at six every morning, Monday through Friday, and departed through the same gate every afternoon at four, right before the skies opened up and rained down the brief daily torrents that are typical in sub-tropical climates. The women were sweet and quiet and worked very hard, and they always left the place gleaming. I remember thinking that this was the cleanest place I’d ever lived in, a lot cleaner than my room back in Boston.

The school was located in the most glamorous part of the city, and so I assumed that the cleaning women did not live near us. I assumed that every day when they said good-bye with the soft politeness of Mexico, they got on a bus and returned to simpler homes in working class neighborhoods like the one my mother grew up in South Boston, with corner stores and local bars and a priest who knew your family. I did not know that there were no such neighborhoods there, and I did not know what the long high wall adjacent to our school was hiding.

Eventually I found out that behind the wall was what is called a barranca, a half-acre-or-so of littered open field dotted with cardboard shacks in front of which people cooked over open fires into which children routinely fell and were scarred for life, and where every Friday night most of what the women earned got spent by their despairing men on cheap, fast intoxicants. I also learned that in every rich neighborhood there were similar walls hiding similar barrancas. I learned that in Mexico City the typical distance between subhuman misery and superhuman luxury was the 8-inch width of a cement block.

The women who made our floors shine did not come by bus from across town. They ducked through a small opening in the wall of Hell, right next door. And I found that out because three Saturday mornings after I arrived, I was told to take some of our girls and go teach Christian Doctrine to the girls of the barranca. This we did weekly, ducking through that hole, sitting near those fires, teaching scarred children about God, the Virgin Mary, and the holy sacraments. And every Saturday afternoon when I got back to the residence, I would stand for 15 minutes under a hot shower, which was never hot enough or long enough to get the stench off my skin and the crawling feeling off my neck.

I hated that I could stand under hot water in a gleaming bathroom cleaned by women who had no running water, hot or cold, but you could not have gotten me out of that shower for love or money. And I used to cry myself to sleep at night over what I had seen, and I wondered what I was doing there, and where God was. And it was stunning to realize that this horror was what a great part of the world was like, and that it had been like this forever, and would probably not be changing any time soon. And I wanted desperately to go home, to New England, where it was possible not to know these things, and a lot easier to believe in God.

The sisters saw my distress and gave me the option of going home earlier than planned. Instead, I kept going back week after week with my satchel of catechisms. I don’t know why. Nothing changed because of it. I can’t even say that I made any friends in that awful place. The next time I’m in Mexico City, no nice-looking, well-dressed man is going to come running up to me to say, “You’re Mary Luti, aren’t you? I remember you! Oh, thank you, thank you, for when I was a boy you gave me hope and changed my life, and now I run a multinational!” All I did was to keep leaving the residence, and to keep going through the hole in the wall. I also kept hating every minute of it. I kept showering afterwards too, and I kept crying every night over what I had seen, wondering what I was doing there and where God was. Every week, the same, for months on end.

There’s no question in my mind that Christians are called to bold action in the world. But after Mexico City, and many similar experiences, I have to come think that we are also called to a peculiar form of patience that may appear at times like futility and helplessness, but may in fact be a kind of hope, even the foundation of action without which religious activism could eventually devolve into one more ideology projecting its rage into the world. The patience I mean takes shape in a persevering practice: the practice of being as simply and basically human as it is humanly possibly to be in the midst of an inhuman world.

While oppressors prosper and the poor die; while people are routinely sent to kill each other in war; while relationships break down and jobs disappoint; while our children elude parental shaping and go their own way into the world; while politics defraud, and leaders falter on clay feet; while all our choices limit us, and our futures will not bend to our wills; while our health slips out of our control, and God seems so indifferent to it all, the calling of every believer is at least to take up the discipline of un-protecting ourselves from our own fear; to take the hearts we normally try so hard to keep away from the fire of so much pain and disappointment, the hearts we armor against feeling, and march them right straight through any small opening we can find in the high walls that sin builds to hide its triumphs, and make some kind of human contact with the ones we find behind it, any kind of human contact at all.

The day of the Lord’s coming for which we pray every time we recite the Lord’s Prayer—“thy kingdom come”—is not only some great cataclysmic future event; it is also every moment in which we become, by grace, a little more able actually to see and feel and hear other human beings who live behind high walls. It is every moment we do not flee in horror from the terrible spectacle. The Lord’s return is also in our return, in the continuous turning we call conversion, which is nothing more nor less than a willingness to keep going back to the sights and sounds of real human life, in all its relentless pain, even if the only thing our returning produces is the tears of a shocked heart that flow down uncontrollably under a wasteful steaming shower; for all tears shed in the presence of human pain are a form of hope. As another preacher once said, if we enter, we can see. If we see, we can feel. If we feel, we can weep. If we weep, we are connected. If we are connected, we might be saved.

And isn’t this what we claim when we say we belong to the Incarnate One? That there is a God who came to the neighborhood, ducking in through a hole in creation, and stepped inside? A God whom we know in Jesus, who was born of Mary in a kind of barranca, out of sight behind one of the world’s high walls. Isn’t this what the church proclaims about him—that his nearness to us in true human flesh is able to make us also fully human human beings, capable of the most copious tears, capable of lament, capable of a peculiar kind of patience, capable finally of commitment, and of the joy that comes from indomitable hope?

Shower, you heavens, from above, and let the skies rain down righteousness; let the earth open, that salvation may spring up, and righteousness also. [Isaiah 45:8]

Before the 11th day of September, 2001, if something fell from the sky, it was snow, rain, or hail. If in the night we caught a flare at the corner of our eye, it was a shooting star, and we felt lucky to see it. If we noticed a silver glint above us, it was only a jet, and we might have wished we were on it, escaping for a rest.

In the days before 9/11, we did not think that planes could slice into offices, nor that looking up we would see souls hurtling a hundred stories to the dust of collapsed futures. We didn’t know that the sky could rain a million memos, a pair of shoes, a menu with the specials of the day, a man we met on Monday for a drink.

It’s not Advent yet, but it might help us today to remember that on the last Sunday of that season, our ancient forbears raised their eyes and sang to their own sorrowful sky (for there is no time without sorrow) this urgent and insistent prayer: Rorate caeli de super, et nubes pluant Justum—You heavens, open from above, that clouds may rain the Just One!

So many awful things fell down on 9/11 that for a long time afterwards we might not have dared look up, as these scriptures imply we must. Yet this is faith’s posture—heads lifted, eyes on the high horizon, hands outstretched, hearts open. This is the world’s most needed gesture—to point to every cloud of sorrow and declare, despite all evidence to the contrary, that from such skies, even from these, the longed-for healing comes.

So pray today that God will give us a new sky under which all creatures may live without fear of falling objects. Pray that what falls from the sky from now on will be only the grace of our Savior, in whom are joined the hopes and fears of all the years. Pray that under God’s new, safe sky we who are witnesses to sorrow and to mercy will co-create with God a new, safe, just, and holy earth.