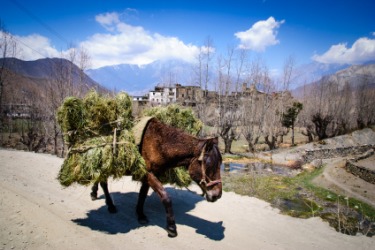 It was nothing to the donkey. She took the new bulk on her black-crossed back without a twitching glance over the sheen on her shoulder.

The war between sides, the intake of aggressive breath, the long human detour around the other kind, these were nothing to her. She took the new bulk on her black-crossed back.

It smelled of oil and wine, and it was light, but not lighter than hitchhiking sparrows, or his hand on the lead, or his stubborn step on the riddled roadway down.