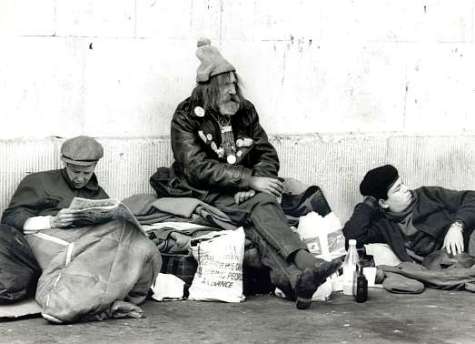 You don’t need me to tell you that the rebounding economy is not rebounding for everyone. You don’t need me to tell you that there are poor people in the United States of America. You may be one. You know as well as I do that without lots of money or a job with good benefits, it’s hard to be healthy in this country, and that depending on where you live or what kind of job you have, it may still be hard even after all the provisions of the Affordable Health Care Act kick in. You know too that the poorer you are, the sicker you are; and if you are not white, you’re sicker still. You also know that no matter what finally shakes out with healthcare in this country, old people and poor people will still have to pay a hidden cost of indignity and the not-so-hidden cost of red tape and mystifying paperwork.

You don’t need me to cite depressing statistics about housing, or food stamps, or available childcare and eldercare—or should I say unavailable childcare and eldercare? You know those numbers. And you know that a lot of people are scared right now, imagining that negotiations aimed at avoiding the metaphorical fiscal cliff could end up hurtling the vulnerable over a literal cliff of their own. You already know without my telling you, for example, that schoolchildren learn better on a full stomach, and your common sense tells you there should be school breakfast programs for every kid who needs a meal, so you don’t need me to tell you that any cutbacks in these programs will not only hurt kids now, but will also have a long-range effect on the economy and on the social fabric.

And I don’t need to tell you about indigent drug addicts and drunks and (here’s an awful word) “de-institutionalized” mentally-ill people; you’ve seen them, so you already know, or you can easily guess, that even if this winter is not too harsh, over the next few months a few of them will die on the streets where many of them live. And you don’t need me to tell you that social workers, state-funded childcare providers, and people who work in

public assistance of every kind are among the least well-paid professionals in the country. You can guess yourselves, without any help from me, at the high turn-over and burnout rates in these jobs; and you can easily imagine that it doesn’t take long in that kind of public service for some good people’s idealism and commitment to settle into a kind of functional despair, or sour to cynicism and contempt.

You’ve read about them in those human interest stories that appear in newspapers every Christmas, so I wouldn’t be telling you anything you don’t already know if I were to describe the daily struggles of families that are (what’s that grim phrase?) “less fortunate”—as if living in an apartment with no heat, frozen pipes, and an absentee landlord were a matter of sheer serendipity; as if somehow, had these families just been in the right place at the right time a year or two ago, they’d be living on Easy Street today. Poverty has an awful randomness to it, to be sure; many people, maybe even some of you, are a paycheck or an illness away from trouble; but you know as well as I do that it isn’t all just the luck of the draw. 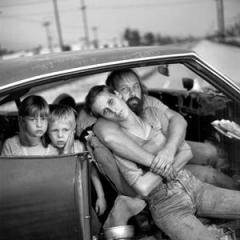 e heart but whose heart appears to be stone, whose ears don’t seem to hear anything, whose arm hangs down, ineffectual, as if having thrown in the towel? You don’t need me to tell you that it is not our reason that most often denies the existence of God; far more often it is our gut that rebels, our heart that recoils, our gorge that rises to deny the truth of a compassionate God in the face of so much suffering and degradation. And you don’t need me to explain that, as far as the Bible is concerned, it is not God who has the stony heart, but God’s people; not God who’s deaf, but God’s people; not God who has the lifeless arm, but God’s people who have thrown in the towel even as they raise their voice in prayer. And you already know perfectly well that the biblical God is notoriously disgusted by piety disconnected from justice.

And you know, because you’ve read the text from the book of the prophet Malachi, that as a result of this disconnect, God has found it necessary to become a refiner who sits down (because it’s going to take a very long time and a lot of patience), fires up the furnace, and burns away the dross until the gold is pure; and God has found it necessary to become a harsh soap, a fuller’s lye, to bleach and scrub and bleach and scrub again the sons of Levi (that is, the tribe of priests, and by extension, us), until they (and we) are clea 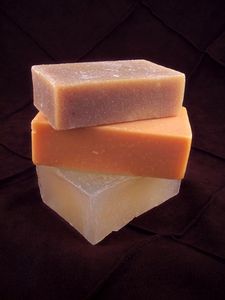 n enough to carry out, without separation, right worship in the Temple and right action in the world. You don’t need me to tell you that if you are indifferent to or exploit your needy neighbors, you will always read Scripture, sing hymns and pray to this meticulous God at your peril.

But you don’t need me to make you feel guilty either. We feel guilty enough on our own. But if you don’t feel guilty—if, for instance, you have made your peace with social disparities; if you have made up your mind that poor people are here to stay, and there’s nothing anybody can do about it; if you have concluded that throwing money at the health care system won’t change anything, or that government programs are never the answer to social problems anyway—you are not going to feel bad and guilty just because of something I or somebody else may say.  Besides, it would be unfair for me to try to make you feel guilty, since so many of you are engaged day in and day out in work that serves the poor and the sick, work that immediately or remotely heals and counsels and lifts and teaches and comforts and inspires; work that helps change or improve the systems and conditions we deplore. So, you don’t need me to grind away at the guilt machine. And you don’t need me to tell you what you should be doing about all this. You know what to do, and many of you are doing it. You give money, you write to your lawmakers, you vote for change, you belong to organizations that work for justice. You do what you can. You do your part. You try to live more simply. You find ways of making human contact with suffering that is not your own. You teach your children about the real world. You preach. You witness. You occupy. You serve. You find a thousand ways to see, to touch, to learn. So you don’t need me to give you social justice marching orders. The truth is I could learn a thing or two from you.

Let’s see. What else is there that you already know and don’t need me to tell you? Well, you know it’s Advent, and that in Advent we pay attention to the Christ of three comings: the Christ who came long ago, who comes to us now, and who will come again. We reflected on that final coming during the first week of Advent. On Christmas we will commemorate the first coming on the straw of a stable. And you’ve already figured out, I’m sure, that here we’re focusing on Christ’s present Advent, his coming and his availability to us now in the Spirit, and especially (for he does have his preferences) his keeping company with the poor, the hungry, the sick. For if we’re speaking of Advent, then we’re also speaking of Incarnation. And to speak of Incarnation is to speak of the conviction that God is not some vague mythic idea, impersonal archetype, general concept or feeling, not love-at-large, or generic benevolence; but rathe

Incarnation is the Christian truth claim most people, including Christians, find hardest to swallow. It’s the scandal that keeps on scandalizing. It’s always been easier to believe that Jesus Christ was “divine” than to embrace the implications of a full humanity. Matthew 25 says something about this scandalous solidarity. It’s a oneness with all flesh, which sounds very nice and kind of harmless in general; but the scandal really hits you when you realize what “all” includes. You know what I’m going to say next, and you don’t need me to remind you of it, but I will anyway: the “all flesh” of Incarnation compels us to confess that God is a shrinking shape on a nursing home bed, an obnoxious odor in an unventilated room, an empty stomach at a first-grade desk, a family of eight on an income for two, a man on the bus with six shirts and a tin foil hat who chooses you to sit next to, a newborn wrapped in rags and laid on the floor of a stall, poor, hungry, real.

As I said, this is old news. You’ve heard it a thousand times. So why say it again? Why tell you things you already know?

For the same reason we do Christmas every year, read the same old prophecies, make the same old jokes about how weird John the Baptist is, drag out the same old Christmas decorations and sing the same old carols. Year after year after year. For the same reason we tell family stories over and over, like the one about the way Mom and Dad met, or the story of the way you carried on your first day at school. For the same reason the sayings of Jesus were collected, written down, and handed on. We tell things we already know so that we will never forget, so that we will learn the truth of things that matter more than anything, so that our children will know what we stand for, believe in, stake our lives on—what makes us who we are. And because if the church (that’s you and me) doesn’t talk about them, and keep talking about them, fewer and fewer people will be talking about them; fewer and fewer, until finally there is only silence. And just ask anybody struggling for justice about the horror of such a silence, the nasty things that happen when nobody utters a word.

We need to tell each other things we already know because there’s knowing, and then there’s knowing. There’s the kind that gives you things to think about, and then there’s kind that gets under your skin, penetrates and aims for your fault lines, breaks you up and leaves you so shattered you require divine rearrangement. We tell each other things we already know so that God will lay what we’re saying decisively upon us and shatter our hearts, for the first time in some cases, in others for the umpteenth time. If that shattering were to happen this Advent, we would be blessed indeed; for God, a psalm says, cannot pass by a broken heart. Our God will come.

Do you know that already? Let me tell you anyway, again…