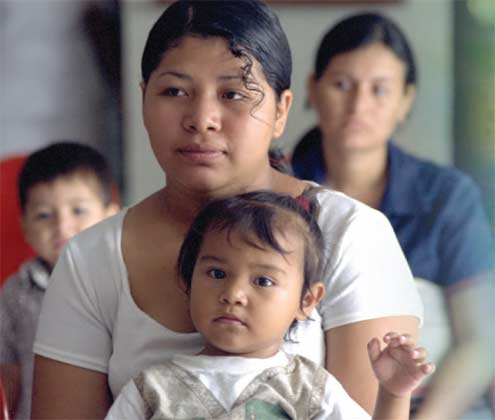 Did you hear it? That voice? Not Herod’s voice or Joseph’s, for neither of them speaks in this passage. Not the angel’s voice either, although Gabriel speaks twice, first ordering Joseph to take the family to safety in Egypt and then ordering him home again when Herod dies. No, it’s a voice Matthew reaches far back into the Hebrew scriptures to retrieve and play back for us. It belongs to a woman who at the time Matthew wrote this story had been dead for a thousand years. The voice of Rachael, the great matriarch who died while giving birth to her second son, Benjamin, whom she intended to name ‘son of sorrow.’ Rachael, the personification  of maternal grief.

Matthew brings her voice into the story of Jesus via the prophet Jeremiah, who remembered her as he wrote about the calamity that had befallen God’s people when they were overrun and driven into exile. Their Babylonian captors assembled the terrified deportees in the border town of Ramah, and it was there that Jeremiah hears her weeping down through the ages ‘for her children…and she will not be comforted, because they are no more.’

She will not be comforted. There is no way to address a grief like Rachael’s, and she stubbornly refuses everyone who tries. She refuses to diminish the unspeakable reality of innocent suffering by the attempts of the well-meaning to assuage or explain it, to make sense of it or sublimate it. Rachael is a witness to things in human life that are so awful they cannot be soothed or repaired. They can only be wept over, lamented, and comfortlessly mourned.

Rachael’s weeping is the voice of all the keening mothers of Bethlehem’s babies, and to the un-voiceable anguish of every parent, family, clan, and nation from whom children have ever been torn away by a police state, by Jim Crow or apartheid, by political greed and indifference, by war and the glorification of war, by gun violence, bigotry, or crushing poverty. Rachael will not be hushed about these things. Her anguish will not be pacified.

These days we are surrounded by hushing, pacifying voices. By knowing voices that explain and justify the unfortunate necessity of innocent suffering, as if it happens all by itself without human complicity. By cool voices that prettify what violence actually does and paint a sanctified picture of the meaning of suffering. By the pandering voices of politicians.  The smug voices of the self-made. The dismissive voices of the privileged. Even our own voices that too often echo the hollow pieties of the church and the self-involved bromides of the world.

On the cusp of a new year, one that will almost certainly see some new atrocity unleashed upon this gasping planet, the liturgy does not give us assurances that hope is rational or that better days are ahead. What we hear instead is the stubborn wail of Rachael weeping for her children. Rachael’s tears telling us to resist comfort. To refuse explaining, justifying voices and listen instead to hers over every bland dismissal of the real needs of real children, over every empty proclamation of concern uncoupled from policy and deed, over every thought or prayer offered for their brutal, preventable deaths. Rachael weeping: listen for that voice, and refuse to be comforted.

Listen for her weeping. And join her. Rip apart with lamentation the curtain behind which hides the greatest lie: that it just can’t be helped, that we have no choice but to stand by and accept the murder of innocents, whether it be lives destroyed in office buildings in New York, in hospitals with no supplies in Syria, by famine in Sudan, in school buses in Tel Aviv, in shot-up elementary schools in quiet American towns, or razed homes in the little town of modern Bethlehem.

Rachael makes only a brief appearance on the Christmas stage, but when this wailing mother of a dead child shows up beside a sleeping child watched over by a Virgin tender and mild, we are also reminded that what our feeble words cannot speak of adequately or truthfully, God’s Word, the Word we experience in Jesus, can. The Babe who escaped this time; the Child who one Herod could not find, but who will be found by another in thirty-three years’ time and will not escape him then; this  Word is God’s decisive Word to our world.

It is also, perhaps, a Word of comfort all the world’s Rachaels might finally be willing to accept, because it is a Word of justice. A Word profound enough, courageous enough, persevering enough (through trial, cross and grave) to address whatever horrific stuff our living and dying, our ignorance, sin and fear can present. Now and forever it is spoken powerfully against powers-that-be, defeating death itself — even ours, when we pick up its resonance, welcome its light, echo its truth, and live on its dangerous edge.

2 thoughts on “A Voice in Ramah”