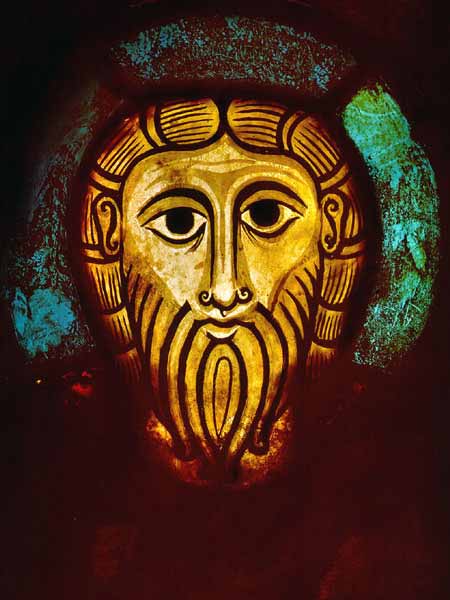 Sometime in1206, a young dandy named Francesco Bernadone went out riding. He heard a dreaded sound, the bell that lepers rang to warn of their proximity. And there he was, a ragged spectre in the middle of the road. Francis’ gorge rose. But after a moment, he controlled his disgust. Impelled by something he couldn’t name, he dismounted, ran to the leper, and kissed him. He gave him all his money. Two years later, in the public square of Assisi, his father accused him of theft. Francis had been giving his own money to beggars and, now low on funds, had started dipping into his father’s. The bishop told Francis to cut it out and obey his father. Francis took off his clothes, folded them at his father’s feet, and walked away, naked. He took nothing for the journey. Then he went through all their cities and towns preaching good news to the poor.

In midsummer 1941, three prisoners escaped from Auschwitz. In retaliation, ten others were selected for summary execution. As he was being fingered for death, one man fell to his knees and cried out, “I’ll never see my children again!” A prisoner who hadn’t been selected, a Franciscan priest, beckoned to the officer in charge. No one heard what he said to him, but when the ten were marched off to be shot, the man with the children was not among them. Friar Maximilian Kolbe was.

Jonathan Daniels was a seminarian at Episcopal Divinity School in Cambridge, MA, when he answered Dr. King’s summons to Montgomery in March of 1965. He stayed on, working to register voters in Lowne’s County, Georgia, one of the most dangerous counties in the deep South. In mid-August, he was with a group of picketers who were arrested and jailed. The day they were released was a scorcher. They were deposited on a country road with no transportation and not much idea what to do next. Three of them, including Daniels, walked over to Varner’s Grocery to buy a cold drink. They were met at the door by Tom Coleman and his shotgun. He leveled it at Ruby Sales. Daniels pushed her down and caught the full blast.

Every day, everywhere, and in all times, Christians of every kind wake up, say their prayers, feed their children, go to work, come home and make dinner. They do not cheat the poor. They persevere in kindness. They delight in this world. They praise God for love and breath. They ask for pardon and healing. They help their neighbors. They forgive their enemies. They confront evil and try to make peace. And every now and then, some of them forfeit their lives for others. They could do otherwise, but they choose to do these things, often at unspeakable cost.

What has gotten into these people?

From the start, Christians followed his teaching. But it was never enough to follow a teaching. To follow at a bit of a distance. They sensed that there was something else, something deeper than ethical likeness they desired. They spoke of it as being “in Christ,” “I in him and him in me,” even  “Jesus in the heart.”

They talked about having  Jesus in the heart like Jews spoke of having Torah in the heart. Torah, they said, is not some stern, exacting Law we are bound to follow: it is a honeycomb, its thousand cavities brimming with gold. To study Torah is to thrust your fingers into the comb and bring out the honey. The more you savor Torah—lick your fingers, roll it on your tongue—the more it turns the heart sweet.

For many Christians, Jesus seemed like that too. He gets into your heart. For some of us, it happened as naturally as growing up. From earliest childhood, we heard stories about him. We learned them by heart. We learned songs about him too. We sang them by heart. And over time we came to believe that Jesus knew us and cared about us. He was a growing sweetness in our hearts.

For others, he got in more by surprise. We were in college, or working  jobs in another town. We’d blown off church. We’d get back to it some day, we said, maybe when we had kids. Meanwhile we spent Sunday mornings celebrating the liturgy of the roller blade, the NY Times, the Everything Bagel. Then one day we heard an old hymn, and it made us cry, or something else sparked deep emotions. We never realized that Jesus could be in the heart, but suddenly there he was. In ours.

Now, some Christians say that to have Jesus in the heart we must get on our knees, admit we’re lost, confess him as our Lord and Savior, and beg him to come into our hearts and save us. If we don’t do that, they say, we’ll have only bitterness to look forward to, and we’ll deserve its every sting. They even say that if you have  Jesus in the heart you’re worth more to God than those who don’t. But if you have him in there, he will show you  how favored you are. He will bless you with everything you could ever want or need.

It will feel warm and good to have him in there, they say. He will always be our friend. He will get us out of jams. Find us parking spaces and a spouse. Give us smooth sailing straight to heaven. Set us up on thrones to lord it over the ones who refused him as they go off to their well-deserved destruction.

But when you read the gospels, you discover that’s not exactly how it goes. What you find out is that Jesus in the heart will do you no good in the smooth sailing department. He won’t let you do any lording, either. He doesn’t do thrones, unless they’re shaped like a cross.

And every time you think it’s enough to care only about your own kind, Jesus in the heart will tell you who your neighbor is. “A man was going down from Jericho to Jerusalem and fell among robbers…”

Every time you think it’s enough to do good only to vetted and deserving people, Jesus in the heart will ask you the question he put to the sheep and goats, “Did you see me? I was the one in jail. I was the beggar. It was me who was homeless and high. I was the refugee.”

Every time you think it’s okay to go with the crowd, isolate the misfit and pick off a stray like the woman caught in adultery, Jesus will bend down and trace your hypocrisy and betrayal on the dusty dirt floor of your innermost heart.

When you are tempted to aim for power, status, and prestige, sacrificing the people you love to your ambition, in your heart Jesus will say, “In the wilderness I was offered dominion of the world. It was tempting. You are tempted too. But you don’t have to lose your soul.”

When you face a decision you know is right but you’d do anything not to have to make it, Jesus will say, “I set my face towards Jerusalem and the cross. Follow me.”

And when you come up against the most severe, the most frightening, the most painful trial, you will look in your heart for him. And you will find him there as he is in his Passion, full of anguish. A man who knows what’s coming, who’d love to escape it and lead a life without challenge and suffering, and who is sweating blood over it, terrified and alone. His shaking hand will reach for your shaking hand. It will never let you go.

*The latter part of this reflection is based on (and some portions paraphrased from) a short unattributed piece I found on the internet and kept in my files for many years. I have subsequently lost that hard copy. I would eagerly acknowledge the author and put quotation marks wherever they belong if I had a new copy and/or could discover who the author is.