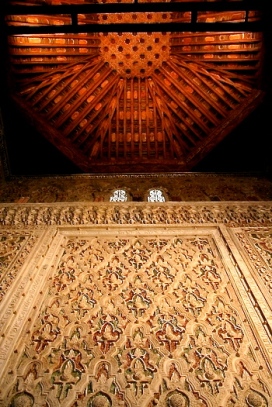 Before we Christian preachers climb into our pulpits and confidently tell our listeners that Jews in Jesus’ time thought A, or believed B, or that the Law required X, or prohibited Y, it would be good to ask ourselves a few questions:

How do I know this?

Where did I learn it?

Is it really true?

What would a good Jewish scholar have to say about it?

How would this look through Jewish eyes?

Do I actually know what I’m talking about?

I’m guessing that maybe seven times out of ten the assertions we make about the beliefs and practices of first century Jews and about the character of first-century Judaism—especially the things we say that make Jesus look by contrast way more magnanimous, merciful, and just plain better than his coreligionists—are unexamined canards.

Sometimes things we say are simply false. Sometimes they need greater nuance in order to be fair. Sometimes the things we comment on from our Christian perspective  would look completely different if seen through Jewish eyes. But we rarely ask ourselves, “Am I telling the truth when I assert this? Do I know what I’m talking about when I explain this?” We just repeat stuff we think we know, or something a commentary said, never thinking to probe further, because what we think we know  fits so well with our picture of Jesus as a good liberal fellow. Jews and Judaism become little more than foils, straw men we knock down to demonstrate the superiority of our guy and our faith.

We may think we’re avoiding anti-Judaism and supersessionism in our preaching because we keep reminding people that Jesus was a Jew, or insisting that the Jews didn’t kill Jesus, or informing our listeners that the Pharisees were not as bad as the New Testaments makes them out to be. But that barely scratches the surface, and we easily undo it  the minute we start talking about Jesus as if he were the only Jew in his day who ever welcomed an outcast or talked to a woman or ate with Gentiles; or revel in the idea that he was a notorious Sabbath-breaker who came to free everyone from the oppressive Jewish purity system, or put forward some other unexamined notion that, intended or not, makes Jews look bad or benighted, legalistic, oppressive, or simply outmoded–superfluous in a way, now that we have Jesus.

Whenever we notice that we’re preaching a biblical text in a way that ‘exceptionalizes’ Jesus at the expense of Jews, writes Jews out of their own story, or makes Christianity look like a really no-brainer superior option (geez, who wouldn’t want mercy instead of judgment? Just those awful judgmental Jews, I guess, with their mean judgmental God)—we need to stop and reflect on the questions posed above:

How do I know this?

Where did I learn it?

Is it really true?

What would a good Jewish scholar have to say about it?

How would this look through Jewish eyes?

Do I actually know what I’m talking about?

After serious examination, it may turn out that we have not been bearing false witness against our Jewish neighbors in our preaching, that we have gotten it right, that we have nothing to rectify. But we’ll never know if we don’t ask. And the price for never asking—for our willful unknowing— is to make the ancient fratricidal stain on the Church’s heart much harder to remove.

It’s stubborn enough as it is. Let’s not make it worse.

The Jewish Annotated New Testament eds. Amy-Jill Levine and Marc Z Brettler
The Misunderstood Jew: The Church and the Scandal of the Jewishness of Jesus, Amy Jill Levine

Has God Only One Blessings? Judaism As a Source of Christian Self-Understanding, Mary C. Boys

Christian and Jews in Dialogue: Learning in the Presence of the Other, Mary C. Boys

Preaching the Gospels without Blaming the Jews, Ronald J. Allen

A website under construction to explore the issue of anti-Judaism in the NT and Christian teaching and preaching   http://www.faithnotfault.org

A site for preachers committed to wrestling with the issues of anti-Judaism in the NT and Christian teaching and preaching   http://www.sermonswithoutprejudice.org

Please feel free to add to this list sources and resources that can help us learn….