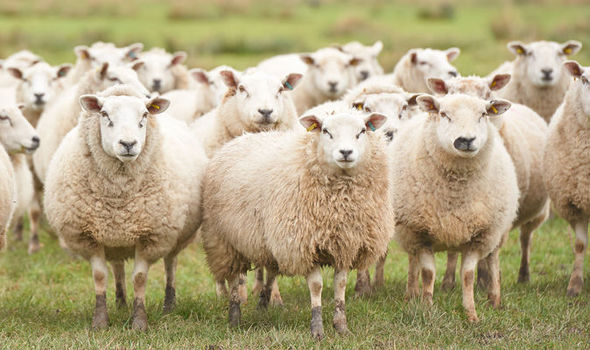 I’ve heard countless sheep and shepherd sermons over the years. Some have informed me that sheep are the world’s stupidest, smelliest animals. Others insisted that they’re smart creatures, clean and good-natured. One preacher read us a long excerpt from a biblical encyclopedia article about shepherding as a disreputable profession in Jesus’ day. Other preachers referred to the same information, only a bit more artfully. In one oddly memorable sermon, an older preacher regaled us with his youthful escapades around sheep on a hippie commune. Still another shared a travelogue of her recent trip to Ireland where, she assured us solemnly, ‘you can see a lot of sheep.’

All these sermons eventually meandered home to their various points and conclusions, some of which were worth the wait. Still, every time this text comes up in the Lectionary, I find myself praying that preachers will resist the temptation to indoctrinate or entertain us with lore about sheep, lest they and we be led, like sheep, astray.

They do this, I think, because they believe that, lacking real-world knowledge of sheep and shepherding, we’ll fail to grasp what Jesus is getting at, so they contextualize, ‘splain, describe, and illustrate. The irony is that Jesus’ audience had way more sheep culture than we do, even after we’ve heard a dozen sermons on ovine IQ, yet they had trouble grasping his message, too. Notice that about halfway through, Jesus seems to register some perplexed looks, some unspoken confusion. ‘You’re a shepherd? Funny, you don’t look like a shepherd…’ It appears that they have no idea what he’s talking about. So he re-winds and changes the metaphor. ‘Okay, not a shepherd; this time I’m a gate. The sheep gate. Got that?’

We progressives say we’re not literalists, but the truth is when things aren’t straightforward and clear, we get as nervous as the next person, as eager to nail things down as any fundamentalist. We say we prefer heart over head, yet in our need to get to the factoidal bottom of things, we cling to our commentaries and seminary notes,  forgetting to feel. But in texts like these, the thing is to feel, and to try to help other stubborn literalists to feel, too. Forget sheepy information and encyclopedia articles, one to one correspondences, the sheep equal this, the gate means that, God is represented by X, in Jesus’ day a sheep pen measured so many square feet… We’re not in that world, we’re in a different world, the realm of acute, converting feeling.

We’re also not in the world of ethics. At least not immediately. It may be true, for example, that identifying oneself with a shepherd was not an endearing comparison, that it probably had the same upending shock value as identifying with a Samaritan. If this is right, it does suggest some compelling ethical applications to the church’s  mission to stand with the outcast and oppressed. Yet as important as moral applications are for provoking conversion and commitment, they’re not the only means to that end. What happens when we routinely resort to moralizing is that our exhortations eventually go the way of all churchy language—in one ear and out the other.

The best-kept secret of preaching, alas, is that people are capable of coming to deep ethical conversion and courageous commitment by way of awe as well as (and maybe more than) moral exhortation. But we hardly ever give them awe. The most important stories don’t work by explanation or exhortation. They work by imagination, goose bumps, nerve endings. Explanation has its place, but only just enough to set the stage for wonder. Too much, and we’ll end up with heads full of animal husbandry and hearts bereft of mystery, truth, and power. No one was ever converted by knowing the exact dimensions of a sheep pen in first century Palestine.

We might be converted, however, if we suddenly felt the overwhelming fear in the text: the trembling terror in lurking bandits, thieves and strangers; all that looking-over-your-shoulder for killers. We might be saved if we go down through the fears we can articulate—money woes, our children’s futures, illness, aging, and diminishment—to finally touch the fears we cannot speak or face—that maybe no one knows our name, that maybe no one could ever want to “own” us, that we could be picked off at any moment and no one would care.

We might be converted if our nerve endings start to twinge in longing for recognition and dignity, safety and nourishment, belonging and life, in sync with the same desires of other human beings, and of all creation. We could be saved if we’re led by imaginative preaching to hear in the air the name-knowing voice that echoes in this text and in all the scriptures, beginning to end–the ancient litany of tender and insistent calling that resounds in the church’s heart deeper than any fear.

Instead of trips to Ireland and seminary notes, we might be changed by a mirror held up to the vivid Jesus in this text; by a long, loving gaze at him as he works his poet’s heart out attempting to capture our imaginations, trying out one metaphor after another in an ever-turning prism of meaning and possibility, until some glint off one of its surfaces ignites a small flame in us, and something shifts to make way for a little more light. And then a little more, until everything is fire.