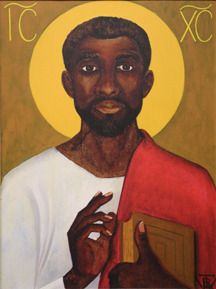 Epiphany is the mystical season par excellence, the season of coming to know beyond knowing, of coming to love what we come to know.

Worship during the season of Epiphany brings us gospel stories that ponder Jesus’ identity and recount people’s responses to him as, in the light of his presence, their hearts open to the gift of God’s mercy.

In the first week’s story, wise men “from the East”—astrologers and philosophers—discover in an unknown, poor child a new light, a new wisdom, a new hope surpassing anything they ever discovered about God and the world on their own.

Next, John baptizes the grown-up Jesus, and at that moment—as Jesus is identified with sinners— the curtain lifts and we hear that he is God’s cherished child, that God is pleased with him.

This theophany is followed by two stories about people who perceive in him the “Lamb of God” who pardons sins and reconciles enemies. When asked by some  would-be followers where he lives, Jesus says, “Come and see.” In following him there, disciples receive deeper revelation of who Jesus is and what his way is about.

Then we read that Jesus heals a man with an unclean spirit, causing his fame to grow throughout Galilee. After another healing, of Simon Peter’s mother-in-law, we’re told that “the whole city” has gathered outside the door. “Everyone is searching for you, “ the disciples tell him.

On the last Sunday, we experience a disorienting moment atop a mountain. There the disciples see Jesus suffused with the glory of God. They are so enthralled that they wish they could remain forever enveloped in that great, transforming light.

We often say that light is the season’s theme, and it surely is. We watch Jesus call followers, who seem compelled by his light. We watch him teach and heal, revealing God’s intentions and the character of God’s Kingdom. We see the light that lives in him lift shadows of despair, violence, and injustice.

But for all the light that is dawning; for all the revelations of Jesus’ identity that abound in these texts; for all the excited talk about the Messiah and the Lamb of God; for all the rush to get in on the ground floor and follow him; for all the hope that the Kingdom of God might finally be near, confusion about Jesus does not go away. In fact, the mystery deepens.

It won’t be long (Lent begins early this year) before we are reading stories in which even his closest friends scratch their heads, perplexed by the implacable enigma of this man. Even John the Baptist, who had earlier recognized him as God’s chosen one, will ask, “So, are you really The One?”

There will be so many claims swirling around him that Jesus himself will eventually ask his disciples, “What are they saying about me?” And “What about you? Who do you say that I am?”—a question that will still haunt him — and us — when he’s hanging on the cross.

When we are asked, “What is your faith about?”, many of us answer that it is about love, or justice, peace, or reconciliation. But if that’s all we say, we may be sidestepping its one truly distinguishing characteristic—the person of Jesus himself. If Christianity is not about him and about the ways in which he is a window onto the character of the God we worship, it doesn’t have much that is new or distinctively compelling to offer.

And that’s a problem, because many of us grew up in traditions in which Jesus was not a sympathetic character. He was a stern, all-seeing judge of our sins. He was the one in whom, on the Cross, God took out the wrath that was meant for us, and so now we feel that we owe Jesus an eternal, un-payable debt.

Or he was an ethical exemplar—for some, a this-worldly political figure whose revolutionary stances we admired; for others a cardboard character, a flesh-and-bloodless moral paragon, too perfect to feel close to or even to admire.

Some of us got the “gooey” Jesus, all long light hair and dreamy eyes; a white, romantic, handsome guy from Central Casting with a lamb draped over his shoulders, and he embarrasses us now, especially since he is so identified with white supremacy and contempt for the poor.

Some of us dismiss Jesus as a mostly made-up character in a story too weird and implausible to credit.

If the Christian faith really is, in the end, not just some generic ethical teaching about love and justice; if it not merely a religion that stems from a long-ago and far away mythical Jesus, but is in some sense about Jesus, the embodied kingdom of God; if he is “way, truth, and life” as the gospel says he is, sent to lead us in a unique and graceful way into the arms of a God determined to restore all creation in justice and love; if Jesus is somehow necessary, then maybe the project of Epiphany is to let him ask us, over and over, the same question that he asked his first followers, “Who do you say that I am?”

Maybe in these few weeks of Epiphany, we might make a deliberate effort to drop our learned responses to him, our preconceived ideas about him, our skepticism, even our distaste, in order to ponder his mystery with a new and genuine openness to what the Spirit might reveal to us about him.

We call ourselves followers, disciples, but some of us hardly know the one we are following. Maybe it’s time to walk and talk with him, maybe this is a chance to see whether in the talking and in the going—in the practice— the transforming light he shed wherever he went might envelop our lives too.